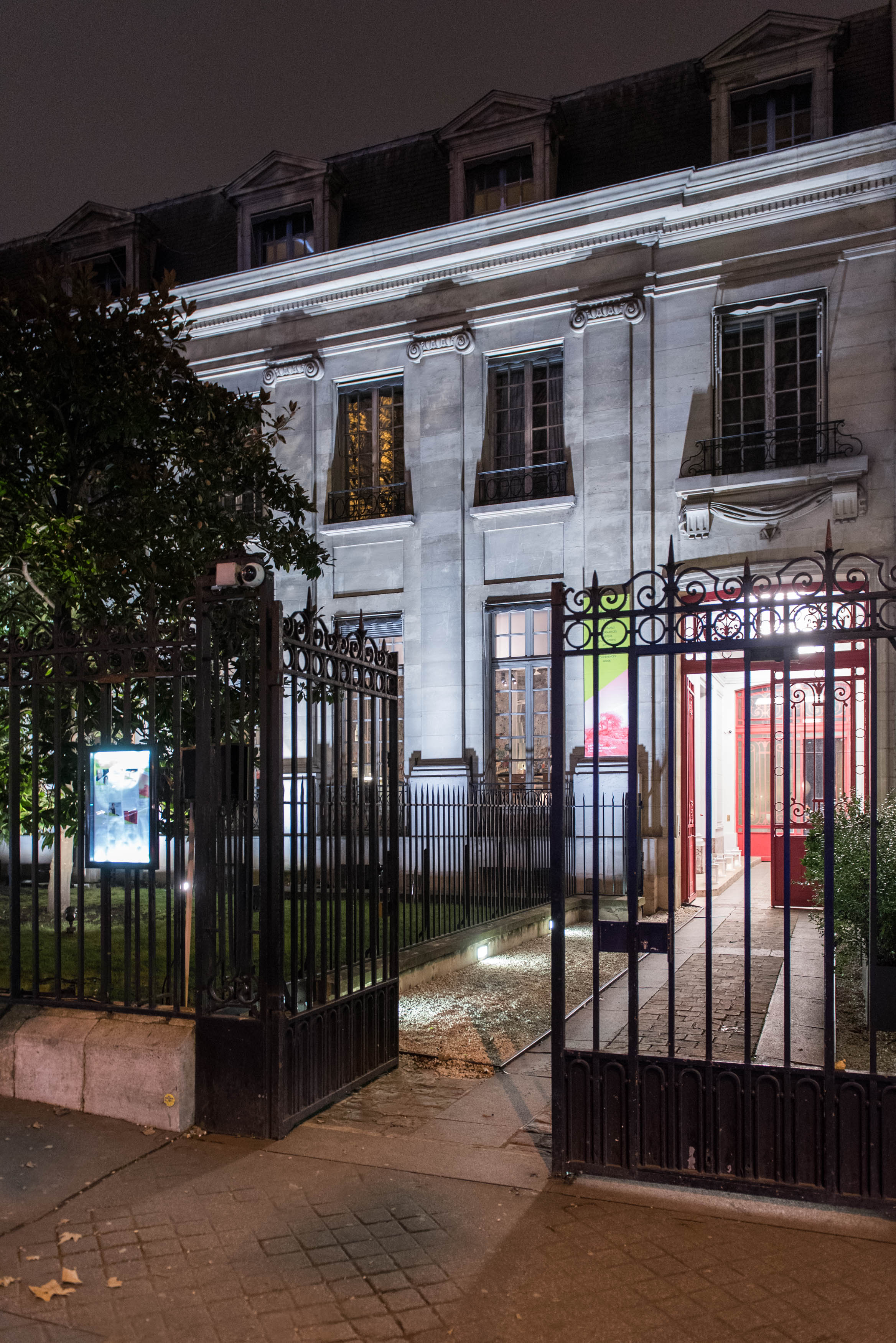 OUT AND ABOUT
Home > Out and about

The American Center for Art and Culture promotes American contemporary art beyond its walls. Every month we make a selection for you! 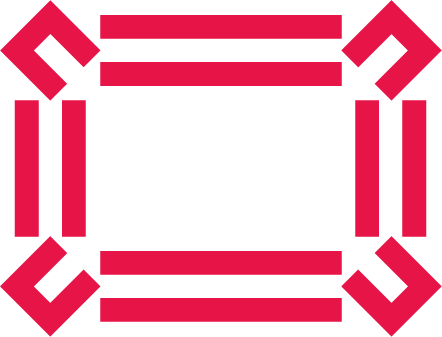 Discover the exhibition visionary company by the artist Wu Tsang from home!
The Lafayette Anticipations Foundation invites you to follow a filmed journey to the heart of visionary company, commented by Rebecca Lamarche-Vadel, director of the Foundation, and to exchange in live with a member of the mediation team. 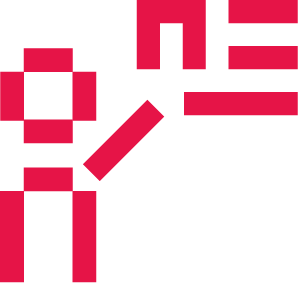 BROADWAY AT THE TIME OF COVID : BETWEEN CHAOS, DIVERSITY AND INNOVATION – PODCAST BY FRANCE CULTURE

The musical theatre industry has come to a dramatic halt in recent months due to the coronavirus pandemic. How is the industry adapting? What is the status of new productions?
In this podcast, France Culture talks to Scott Heller, theater editor for the New York Times. 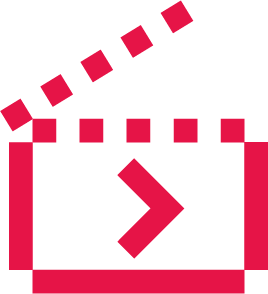 Revealed as a teenager by “An American in Paris”, the dancer who embodied the charm of Paris in Hollywood recounts a certain golden age of cinema, and its shadowy side.

She is one of the last living legends of the Hollywood golden age, but nothing predestined this little Parisian to be at the top of the bill, except the cold ambitions of an American mother, her pretty face and her talent as a dancer. In the aftermath of a happy childhood, brutally interrupted by the Occupation, Leslie Caron was spotted on stage by Gene Kelly, who asked her to star in what would become one of his most famous films: “An American in Paris”.

In this Grande Traversée by France Culture, Mathilde Wagman takes you on a journey in the footsteps of Walt Disney, the man who forged one of the most powerful cultural empires on the planet.
Whether you love it or hate it, the cinematographic, pictorial, graphic, urban and musical universe created by Walter Elias Disney (1901-1966) fascinates by its power of attraction. Having very quickly become the emblem of a mass popular culture on a worldwide scale, what is the strength of this imagination? What is its power of enchantment? From the history of the man, this self-made man from the Midwest, to the development of this sprawling hydra that is the Disney Empire today, through the golden age of animated feature films, the influence of comic books or the history of theme parks, five meditations on the power, the virtues or the pitfalls of the Disney charm…

After the turmoil of the gestural abstraction and the desires of purification of the art which agitated Europe and America in the Fifties, the artists decide to seize the world which surrounds them, of its images and its objects, for better exorcising them. In England and the United States, they were called Pop-artists, in France they took the name of New Realists. Back on the history of this movement!

In April, the platform D’Arts et D’Histoires offers a selection of virtual conferences on American art and culture:

Jasper Johns, american cartographer by Marlène Groult on April 2nd at 8:30 pm :
Refusing any artistic classification, Jasper Johns forms a ring between abstract expressionism and pop art. His training is nourished by encounters of all kinds – Rauschenberg, Cunningham, John Cage – which makes his painting personal, showing an expressive freedom.

Hopper, the American way of life painter by Marie-Anne Capaldi-Léourier on April 6th at 8:30 pm :
Hopper is the most French of all American painters, he feeds off the lessons of the great masters to bear witness to America and its middle class. Painting of the unspoken and of solitude? Or a painting that affirms that the individual is sufficient in itself? It is not always easy to understand.

Frank Gehry, architecture – deconstruction by Alex de Mézières on April 7th at 8:30 pm :
Frank O. Gehry (1929-) was a precursor of deconstructivist architecture. Whether in the Dancing Building in Prague, the Guggenheim in Bilbao, the Fondation Vuitton in Paris or in his other works, the material is twisted in all directions and creates extraordinary spaces.

Roy Lichtenstein, images diverter by Marie-Anne Capaldi-Léourier on April 11th at 11:00 am :
A pop art star, more amused than exhilarated by his success, Roy Lichtenstein left behind some 4,500 works inspired by the aesthetics of advertising or comic books. But who is hiding behind the image duplicator, author of a more complex work than it seems at first glance?

Basquiat, art of life by Marie-Anne Capaldi-Léourier on April 12th at 8:30 pm :
Basquiat’s career began on a hospital bed and ended with an overdose, ten years during which he went from graffiti to canvas. This pioneer of urban art anchors a work in modernity, where American symbols are confronted with a claimed negritude.

Jackson Pollock, the action painting adventure by Marie-Anne Capaldi-Léourier on April 16th at 9:00 pm :
Father of abstract expressionism, Jackson Pollock refused to be called abstract. By making the gesture the heart of his practice, going so far as to lie down on the canvas on the ground, does he not give it a new energy?

Walker Evans, pioneer of photographic documentary by Coline & Jean-Baptiste on April 21st at 8:30 pm :
A leading figure in the humanist movement of the 1930s, Walker Evans made a name for himself by portraying the underprivileged of American society and by creating a mythical inventory of human lifestyles, architecture and tools.

The fashion collection of the LACMA (Los Angeles) by Aurélie Faulx-Briole on Saturday, May 01 at 9 pm:
The Los Angeles County Museum of Art has one of the world’s most important collections of 17th-20th century European fashion. Through its collections, let’s explore the evolution of clothing from the whalebone body to the first women’s pants.

Once Upon a Mouse: The origins of Walt Disney’s art by Marie-Anne Capaldi-Léourier on Thursday, May 27 at 8:30 pm:
By releasing his first full-length animated film in 1937, Mickey’s creator established himself as the master of the genre. Throughout his creations, he was successful in imposing an easily recognizable aesthetic. What are the origins of Walt Disney’s art?

Sculpture spills from its edge into the world in this very complex way that isn’t bound by the frame. In painting, the world spills into the frame, and sometimes we confuse that frame with the world.
—Sarah Sze

A peerless bricoleur, Sze gleans objects and images from worlds both physical and digital, assembling them into complex multimedia installations that prompt microscopic observation while evoking a macroscopic perspective on the infinite. In recent years she has returned to painting—the medium in which she first trained—producing works that translate her processes of sculptural accumulation into the making of collaged paintings that are detailed, dynamic, and highly textural.

While waiting for the reopening of the exhibition “From night to day”, immerse yourself for free in the composite universe of this American artist with the Night Vision 20/20 application (available for free download on Apple Store and Google Play).

You have successfully subscribed to the newsletter

There was an error while trying to send your request. Please try again.

You have successfully subscribed to the newsletter

There was an error while trying to send your request. Please try again.